Could Gwyn Be the Catra of Prodigy? 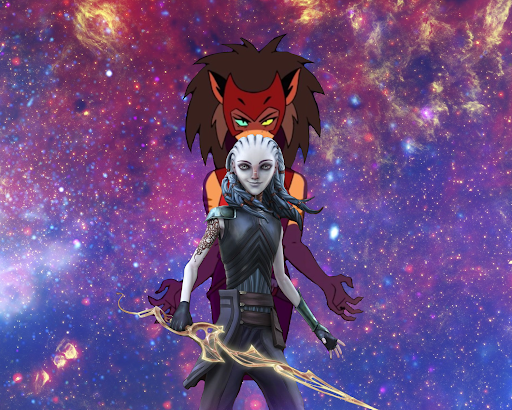 Since the crew of Star Trek: Prodigy was first revealed, much excitement has abounded around them for various reasons. An entirely non-Human cast, Hologram Janeway, the excellent looking animation style, etc. But even from the beginning, the character who I was personally most drawn to was Gwyn.

Her somewhat androgynous design appealed to me, and the more we’ve gradually learned about her over time, that appeal has only continued. We know she is the daughter of John Noble’s main villainous character, the Diviner, who rules as the tyrannical overlord of Tars Lamona and enslaves our cast of characters. And judging by the trailer, it also seems that she becomes a member of the crew aboard the U.S.S. Protostar a little less than willingly, at least initially.

This all seemingly frames her in a different perspective from the rest of the crew.

Now, not to toot my own horn, but I have seen a lot of cartoons over the years. Animation is one of my favourite mediums and one that I have personal career ambitions for one day. And there is a very particular character type we see crop up throughout numerous shows, who never fails to make an impression on viewers: The baddie with a heart of gold.

This, of course, is not limited strictly to animation, but for the purposes of this article, we shall stick to it.

Whether it be Zuko in The Last Airbender, Amity and Hunter from The Owl House, Gargoyles’ Demona, Amphibia’s Sasha, Steven Universe’s Spinel, Tangled’s Cassandra, Voltron’s Lotor, Shadow from Sonic, or a myriad of others, we love the trope of a character. Usually, one who can bring out the edgier and angstier side of characterization reflects the protagonist and can be a legitimate rival to them. One whom we care about just as much, and despite their actions and how much they slip further into darkness, we yearn for them to choose the better path.

My personal favourite example of this character type comes from Netflix’s She-Ra and the Princesses of Power, a reboot of the original 80s show (and in my humble opinion, transcends it in every way), and that character is, of course, Catra.

When the first season of She-Ra begins, Catra and the main protagonist Adora are simply two young members of the fascistic Horde on the planet Etheria. Lifelong best friends and with a tension between them of potentially more, everything changes when Adora realises the Horde’s true nature and is chosen to be the next She-Ra, a mythical hero to defend the world.

This creates a wedge between the two women for most of the first season, with Adora wishing Catra to join her in fighting the good fight, while Catra wishes to bring Adora back so they can return to their normal life. By the end of the season, however, tragically, both have emotionally “let go” of one another- their respective lives of trauma, abuse, jealousy, and ambitions forever cutting off their original status quo and cementing their new dynamic in the show going forward. Adora further pursues her heroic identity as She-Ra, while Catra falls completely into the main antagonist role.

But had Catra immediately began the show as the villain, her impact and the weight of her eventual arc by the end of the series would likely not have hit as hard as it would otherwise. Having that initial season of getting to see the bonds of friendship, love, humour, pain, and insecurity between the two before becoming their respective roles injected extra layers of emotional power. 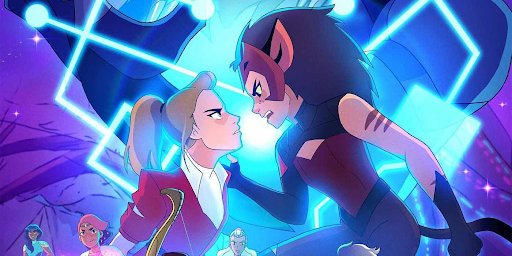 This brings us back to Gwyn. 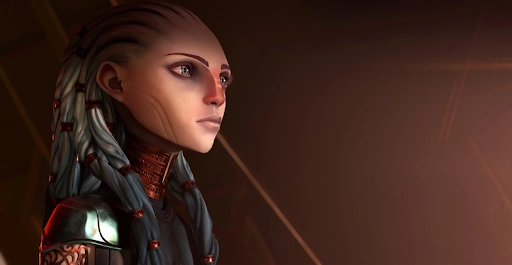 This is all completely speculative, as we honestly don’t yet know too many details, but as it seems so far: We have a character who is unwillingly brought onboard the Protostar, who is clashing with and at odds with the other heroes; Who is the daughter of the main villain, and of a different class- The child of the ruling oligarch, whereas the others are indentured workers. Could we get a season of Gwyn getting to see the stars, a life outside of her father’s world and control, making bonds of genuine friendship with other members of the Protostar, while Jimmi Simpson’s Drednok fills the antagonistic role of chasing them down?

And then, after a season of establishing those bonds- and perhaps after Drednok is taken out, and a new antagonist is required- Gwyn falters, perhaps through remaining familial loyalty to her father, and she turns on the crew.

Not only does this give us a big W.T.F. moment for the end of season one, setting up big things moving into Season two, but it also creates extra angst- having the villain now be someone the heroes care about, and vice versa the villain having attachment to the hero. She can hurt them on levels someone else may not have been able to.

Whether or not this turns out to be the case, I remain incredibly excited for both Gwyn as a character and the show as a whole. Of the current roster of Trek shows, while I am enjoying all of them, I have often said that Prodigy is the one that I am most excited about.

Not only because it looks excellent or because I have an inherent love of animation, but because of its potential. Of all the shows, this is the one that has the opportunity to open up whole new areas of storytelling and audiences for the franchise, to boldly take it forward.