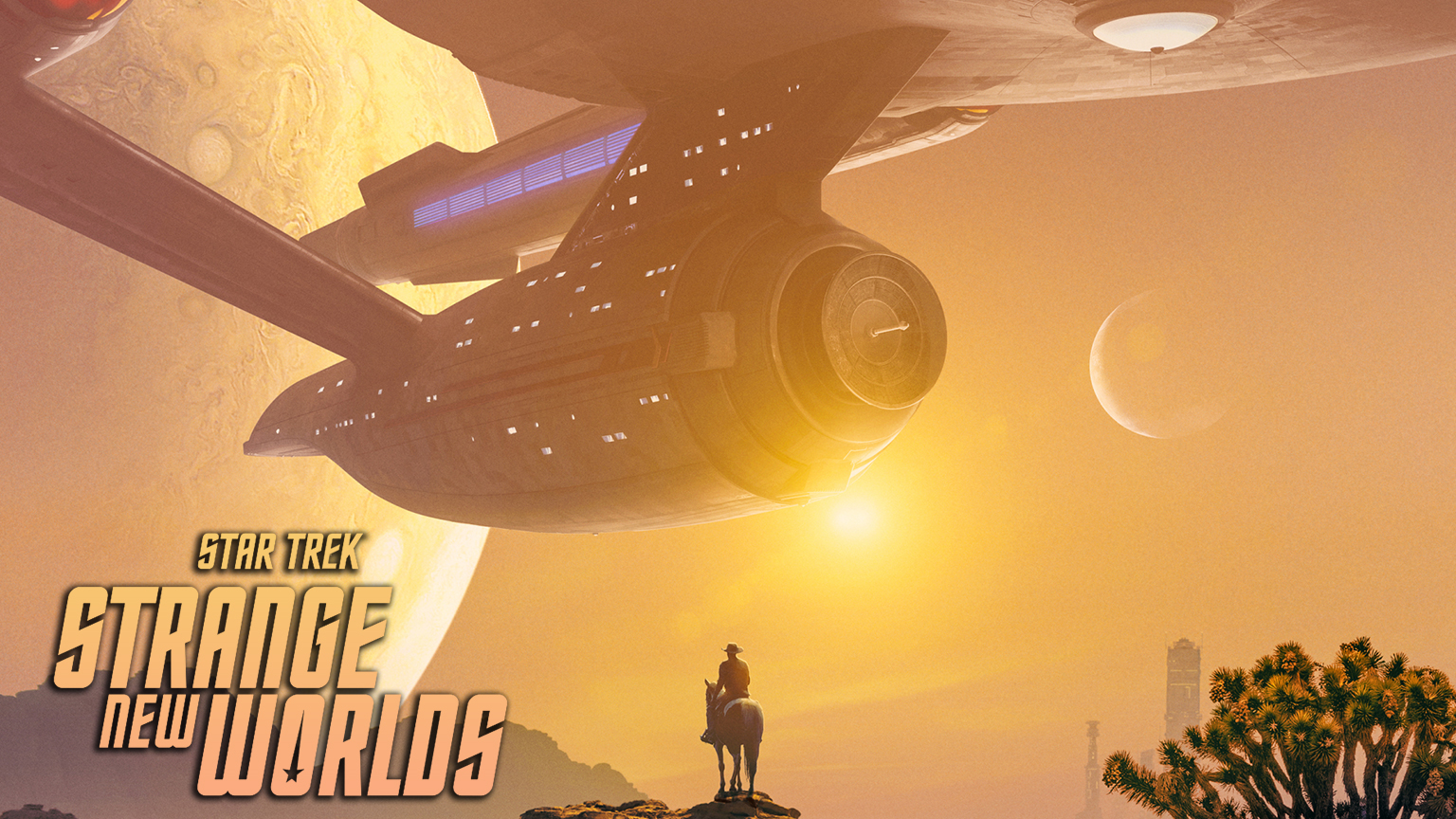 Tuesdays on Star Trek social media accounts are slowly becoming the most exciting days to look forward to.

If all the spicy details weren't enough, the conclusion of the days' event saw the unveiling of the first piece of key art...and it featured Captain Pike...on a horse. Did we mention the Enterprise? 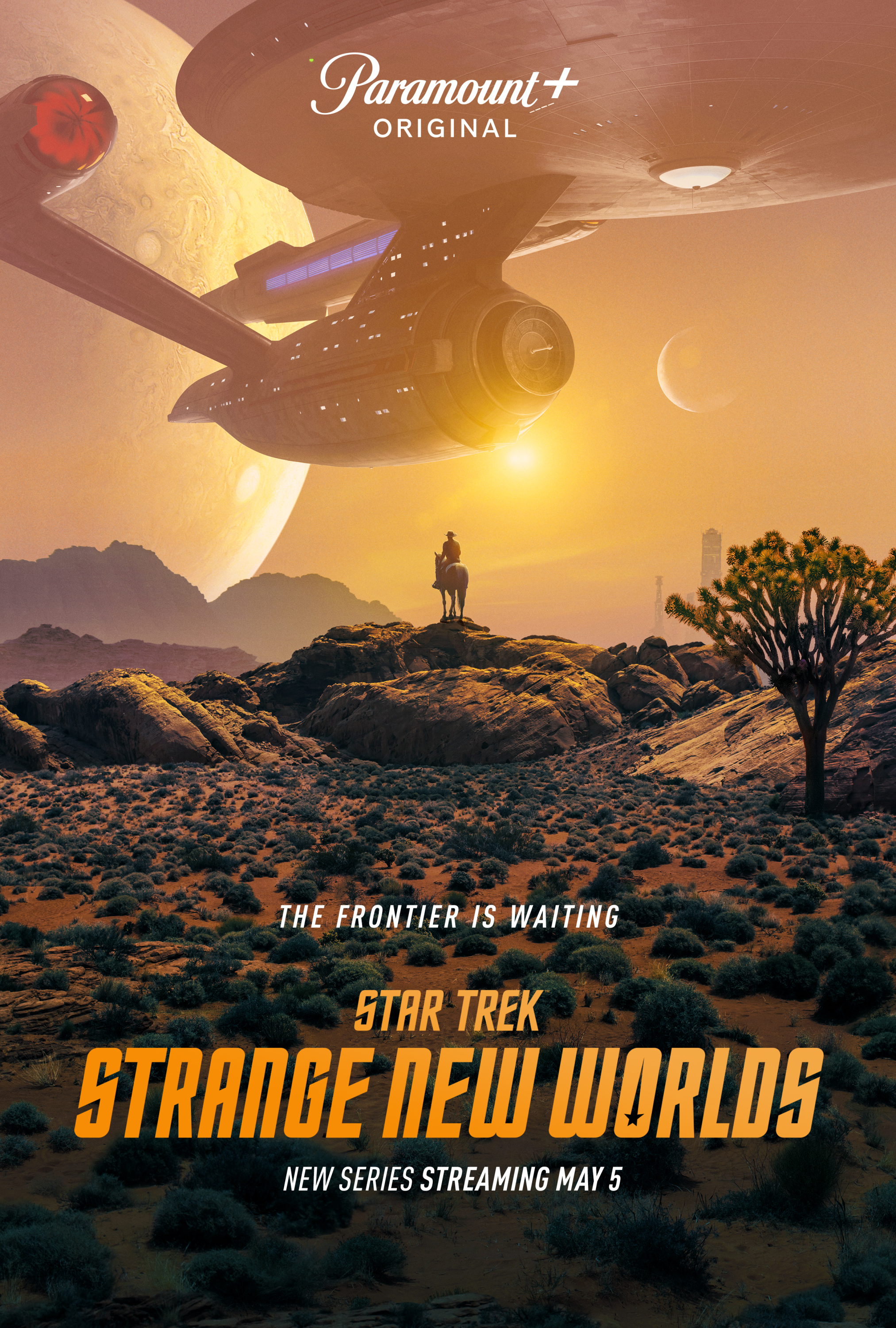 Strange New Worlds premieres on May 5th of this year

While a trailer was not shown today, the panelists did provide some minor details and insight into the show. One subject that fans have been wondering about since Strange New Worlds' initial announcement is if the show will return to a more episodic way of storytelling, harkening back to the old days of Trek. Luckily, it seems like SNW will do just that.

"We are definitely returning to episodic values," Goldsman said at today's TCA event.

But even telling new stories in an episodic fashion still brings up the issue of canon, another critical point Trekkies want to make sure Strange New Worlds gets right. The upcoming series, much like the first two seasons of Star Trek Discovery, is a prequel, and that show, which reintroduced everyone to Captain Pike, wasn't without its issues in that department. Alex Kurtzman was very quick to point out there are many showrunners meetings that make sure all the shows align, saying, "we absolutely keep track of canon."

We also received some small details about the Enterprise crew, their experience filming, and their characters' direction. For Anson Mount (Captain Christopher Pike), he still can't quite over that he not only gets to work on a Star Trek series but gets to be the Captain of the Enterprise. "I never thought I would end up captaining the Enterprise. It's insane," Mount said. "Every single day I'm on that set, it's disbelief and a feeling of tremendous gratitude."

One of the most exciting new details to come out of the Strange New Worlds sneak peek from Star Trek Day a few months ago was the announcement that Celia Rose Gooding would be playing Cadet Nyota Uhura. Gooding, who took part in today's TCA panel, said she's bringing a "side of un-surity" to her take on the legendary character, something she's very excited about. Gooding also said we'd see the side of Uhura that asks questions and learns as she goes.

While we got to see a great deal of Spock in Star Trek Discovery season two, there's still a lot more to discover about such an iconic character. Ethan Peck said that Spock will be "finding the balance between his human and Vulcan sides...his deeper emotional sides and deeper logical sides." These struggles have always been at the core of the character of Spock, and it will be interesting to see how those aspects of him are handled on Strange New Worlds, years before his time serving with Captain Kirk.

Akiva Goldsman couldn't help throwing one little bone about Christina Chong's character of La'an Noonien-Singh, a name that turned lots of heads back on Star Trek Day. "She's related to Khan, for sure, and the deal will unfold." Is he fibbing? Is that even her real name? You tell us in the comments below.

Finally, we leave you with this final quote from Alex Kurtzman at today's TCA event...

"Our show speaks to the final frontier when it was in its infancy."

Damn, if that doesn't give us goosebumps. We can't wait to explore all the Strange New Worlds come May 5th.