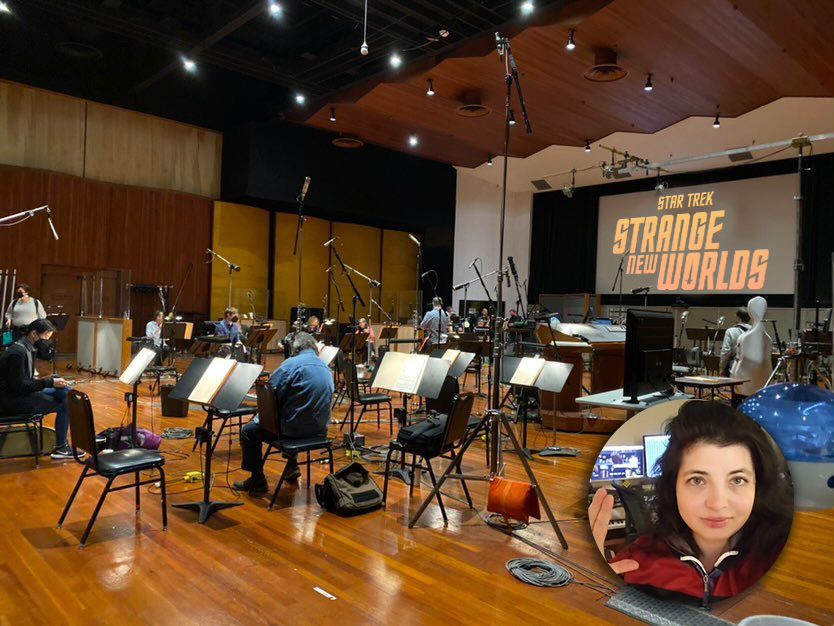 Melumad has been hard at work scoring season one of Strange New Worlds, returning to the sound stage in July to start work on season two.

As she announced earlier tonight on Strange New Pod's live show, Nami Melumad has been brought on to score Star Trek Strange New Worlds, which premieres May 5th on Paramount Plus. Melumad has been making waves over the past ten weeks with her highly praised score of the franchise's first series geared towards kids, Star Trek Prodigy. 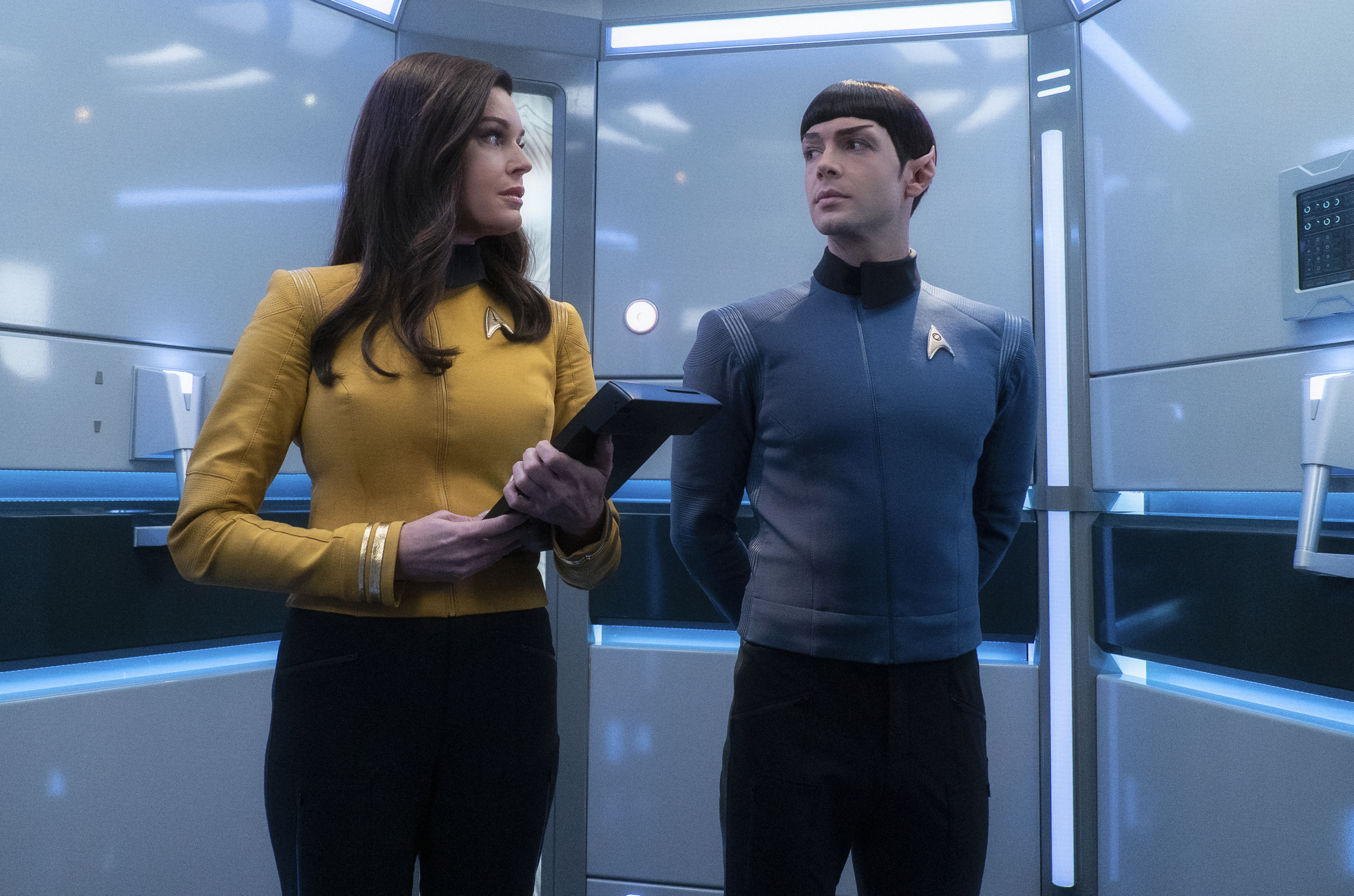 Ethan Peck as Spock; Rebecca Romijn as Number One in the Short Trek "Q&A."

Strange New Worlds won't be the first time Nami has composed music for the Enterprise and her crew. Melumad previously scored the fan-favorite Short Treks episode "Q&A," which famously had the characters of Number One and Spock trapped in a turbolift together.

"I am super excited, this is the Star Trek show that will make everyone happy."

Nami is relieved and excited to finally be able to announce her role in the upcoming series. "It feels great, to be honest, it was in the making for a long time.  After I did the pilot of Prodigy I got the call, which was at the end of 2020."

When asked if we will hear some from the original TOS theme in Strange New Worlds' score, "I can't say that," Nami answered coyly.

On composing for a series with an episodic format, "Every episode brings a unique story.  There's an overlying arc with the characters, but I personally love that there's an individual story."

More of Melumad's recent credits include the Disney animated short, Far From the Tree, which played ahead of Encanto, and the new Netflix series, The Woman in the House Across the Street from the Girl in the Window starring Kristin Bell. She also scored the HBO Max Comedy, An American Pickle starring Seth Rogan.

Nami Melumad is an Israeli-Dutch film composer based in Los Angeles, California. Nominated for Breakthrough Composer of the Year (2020) by the International Film Music Critics Association, Nami won the BMI award for her score of the Oscar-winning documentary short, Colette (2020).