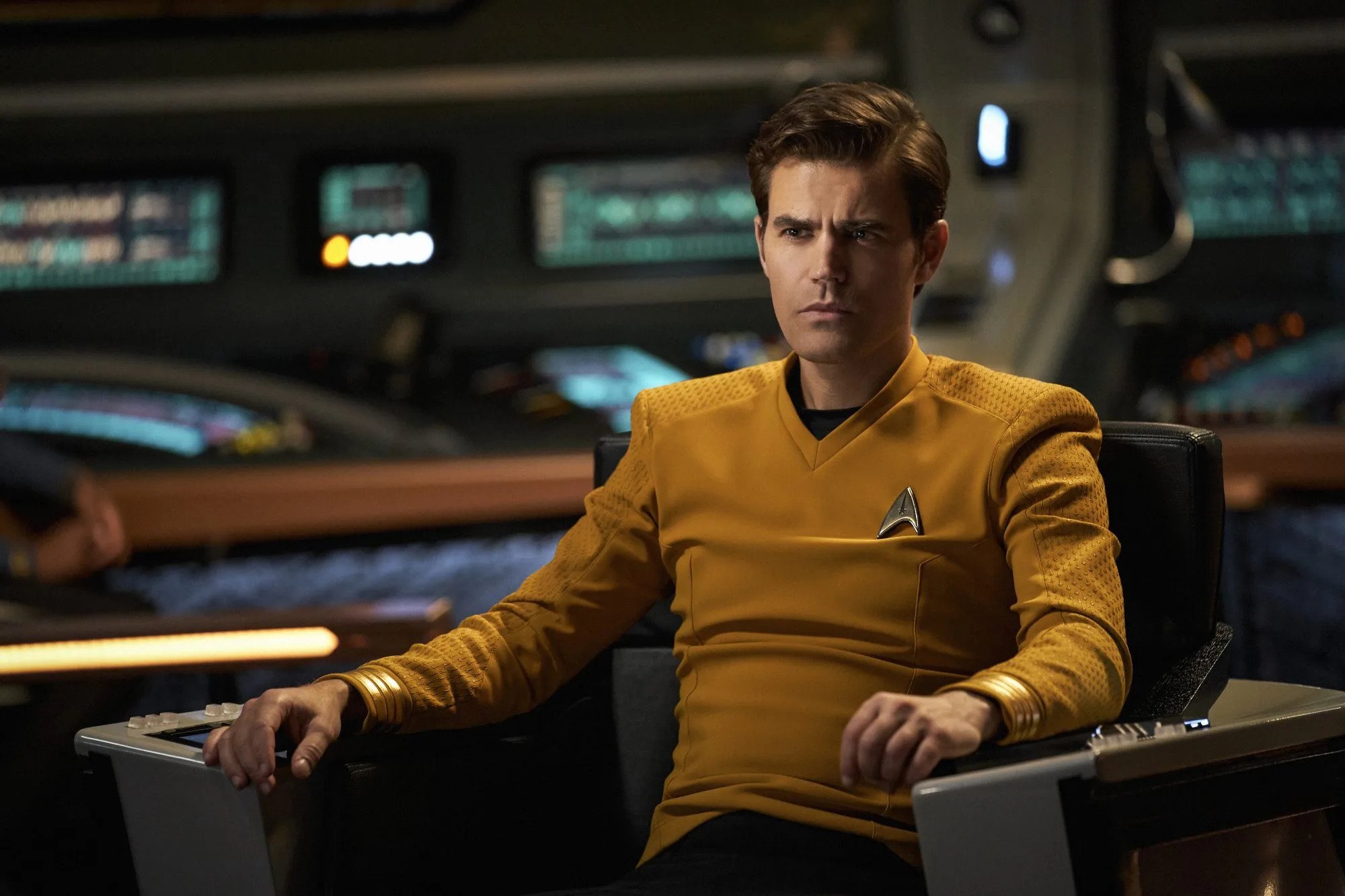 It's not every day your birthday is capped off with one of the biggest announcements in Star Trek history.

That's right; just as I was eating my last bite of cake and getting ready for the two-hour drive back home, my phone started blowing up with texts and Discord alerts.

Startrek.com officially announced last night after quite a few images leaked from the set of Strange New Worlds season two that Paul Wesley (The Vampire Diaries) has been cast as none other than James Tiberius Kirk.

WOW! As I said, that's quite the announcement, dare I say, birthday present?

In statements made in the same announcement, Alex Kurtzman said of Wesley's casting:

“Paul is an accomplished actor, an astonishing presence and a welcome key addition to the show.”

And showrunners Akiva Goldsman and Henry Alonso were excited that Wesley is a lifelong Trek fan...

“Like all of us, he is a life-long Star Trek fan, and we are excited by his interpretation of this iconic role.”

Meanwhile, perhaps not expecting the announcement so soon, Wesley had a lot to say about his casting, including an iconic story on how fate brought him together with none other than William Shatner when the two shared a flight together.

I am deeply humbled and still a little startled to have been given the honor of playing the inimitable James T Kirk. Ever since I was a kid, I have been awed by the imaginative world Gene Roddenberry created.
Recently, I boarded a flight to LA to discover that the man in the pic.twitter.com/U8GVD4ZemP

The announcement has not come without its share of worry and trepidation from Trekkies. Strange New Worlds was greenlit as a show focusing on Captain Pike's tenure aboard the U.S.S. Enterprise, and for some, having Kirk show up just two seasons in, seems a bit too soon.

If there's consensus about one thing when it comes to the Kirk having a role in Strange New Worlds season two, it's Paul Wesley's casting. Fans seem to agree that the 39-year-old actor has the look and feel of Star Trek's most iconic captain. Even William Shatner seems to have given his blessing.

What do you think about Jim Kirk joining the team in Strange New Worlds? Let us know in our upcoming Twitter poll dropping later today, and make sure to catch episode 73 of the pod tomorrow at Noon ET as we break down the casting news even more.