While we are only halfway through the second incredible season of Picard, Star Trek fans worldwide are losing their minds over the premiere of the teaser trailer for Season Three.

The final season of the series is giving fans the reunion many have been clamouring for since news of the return of one of Star Trek's most iconic characters was first announced.

The original crew from The Next Generation will be reuniting to send the series out in proper fashion.

Though entirely unexpected, First Contact Day seemed to be the perfect time to gift the world with a teaser trailer for the final season. Be prepared for spoilers for those who have not yet seen the trailer. We will be breaking the entire clip in the article ahead.

In the 84 second clip, we see Jean-Luc Picard sitting at his desk writing out some cards, as a voiceover from Stewert tells us Picard is "not a man who needs a legacy." Next, a panning shot of the oil painting of the Enterprise-D features the voice of Levar Burton, remembering their times together and "all the danger we rushed into," as Picard fondly agrees with him.

Suddenly, the beep of a com-badge draws his attention away from the task at hand. In the next shot, as Brent Spiner's voice tells us that "evolution is not an act of preservation, it's addition," we see Picard open an old storage bin containing his uniform from his days as captain of the Enterprise. As he cups his old badge in his hand, Michael Dorn tells us that "it is clear that sacrifice is required again." As he stares longingly at it, Gates McFadden's voice is next, reminding Picard that "when the galaxy comes calling, you love it," as Johnathan Frakes' voice tells us that they are "overdue for a good old-fashioned road trip."

We hear Marina Sirtis tell Jean-Luc before the final swell of music over the scene breaks, "I promise you will not be alone." Then, silence as the scene cuts to black.

When it returns, we see a closeup of Riker, phaser in hand at the anticipation of danger headed his way, as he asks, "Ready?" A closeup of Picard shows him with a phaser also at the ready, as he replies, "as ever…". Then, a final cut to credits shows all the actor's names "joining the cast of season three" as the theme music from The Next Generation swells in triumph.

In an article released today for decider.com penned by Alex Zalba, showrunner and executive producer Terry Matalas explains why the decision to bring the original cast back together for the final season was a personal act of love on his part:

"I remember watching the premiere of Star Trek: The Next Generation almost 34 years ago with my father like it was yesterday. It was the spark that ignited my love for science fiction. So, it's most fitting that the story of Jean-Luc Picard ends honouring the beginning, with his dearest and most loyal friends from the U.S.S. Enterprise. It would be an understatement to say that giving these characters a proper send-off is an honour. The entire Star Trek: Picard team and I can't wait for fans to experience this final, high-stakes, starship-bound adventure in season three!"

No details have yet emerged on the story for the final season, but you can bet that the Strange New Pod crew will be there to cover all the action and excitement as we say goodbye to one of our favourite ship captains on his final mission. 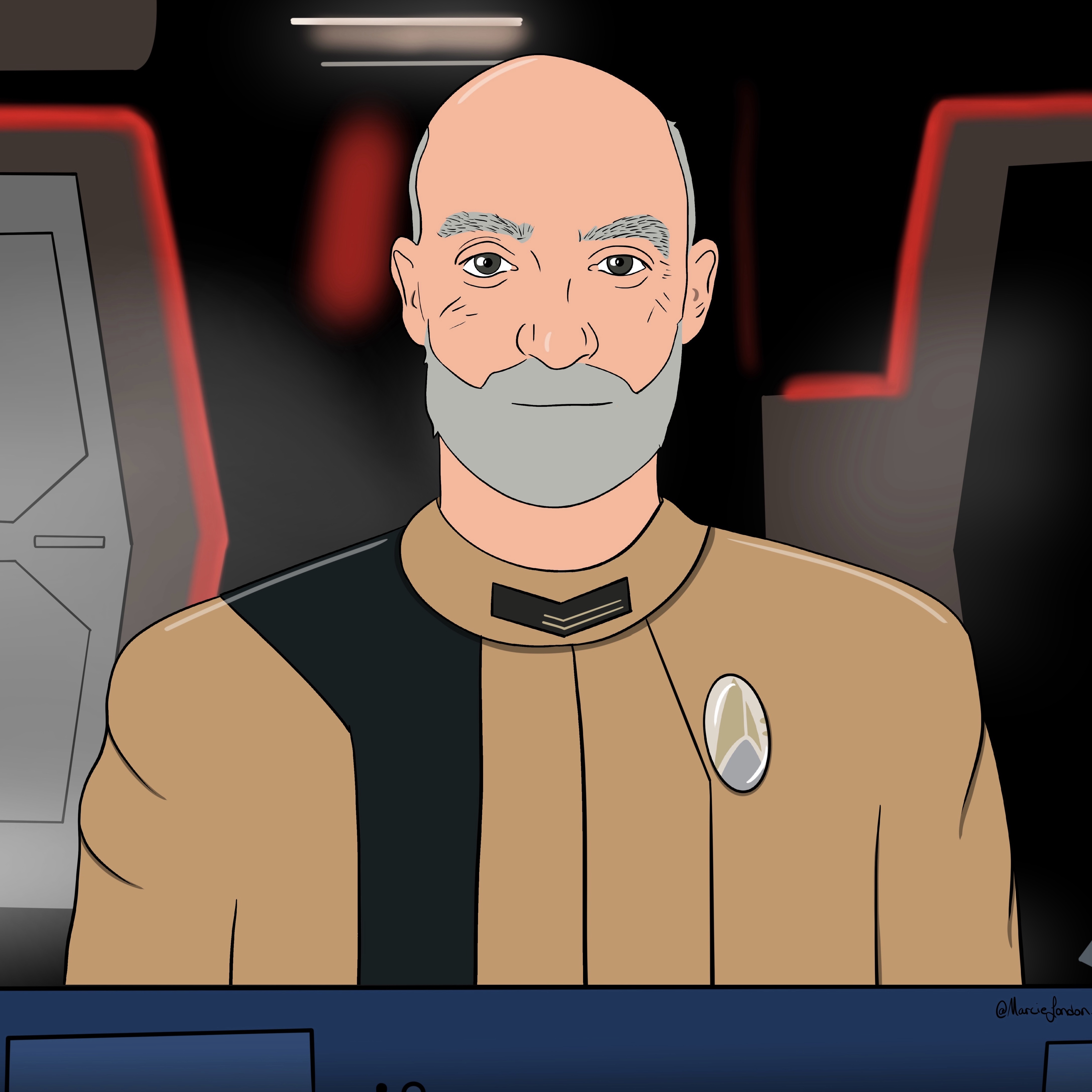 Hawk lives in Ontario, Canada, and loves television, movies, music, and video games. He grew up on episodes of TNG and worshipped Patrick Stewart to the point of following him into male pattern baldness. Season and episode names? Yeah, he’s got that.