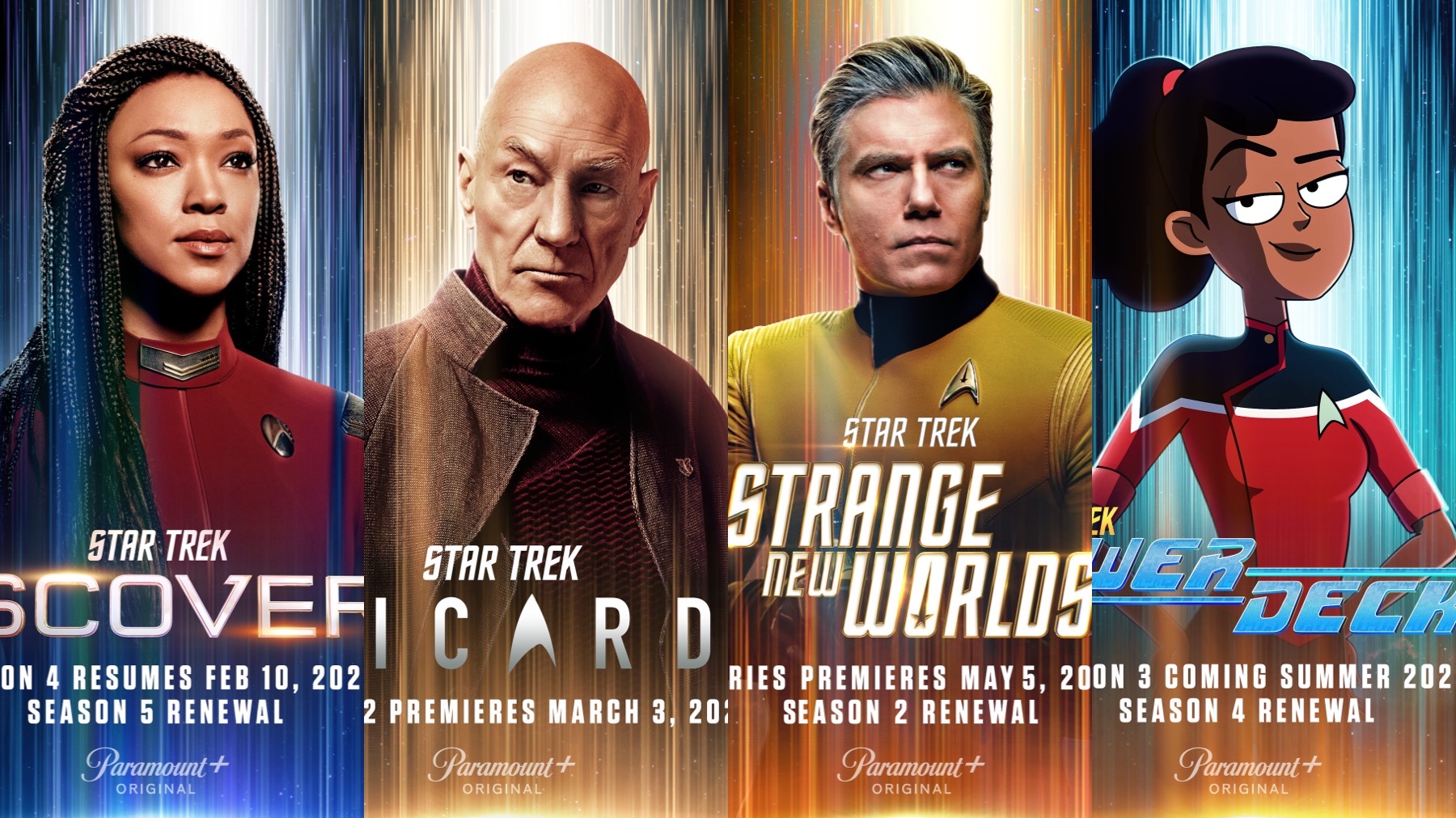 It seems like the Tuesday curse of the Enterprise-B has been lifted with today's big announcements.

The biggest surprise coming out of Star Trek's slate of upcoming releases is something we've been waiting for for some time now: the series premiere date of Strange New Worlds. The new series following the adventures of Captain Pike and the USS Enterprise will hit Paramount Plus on May 5th. 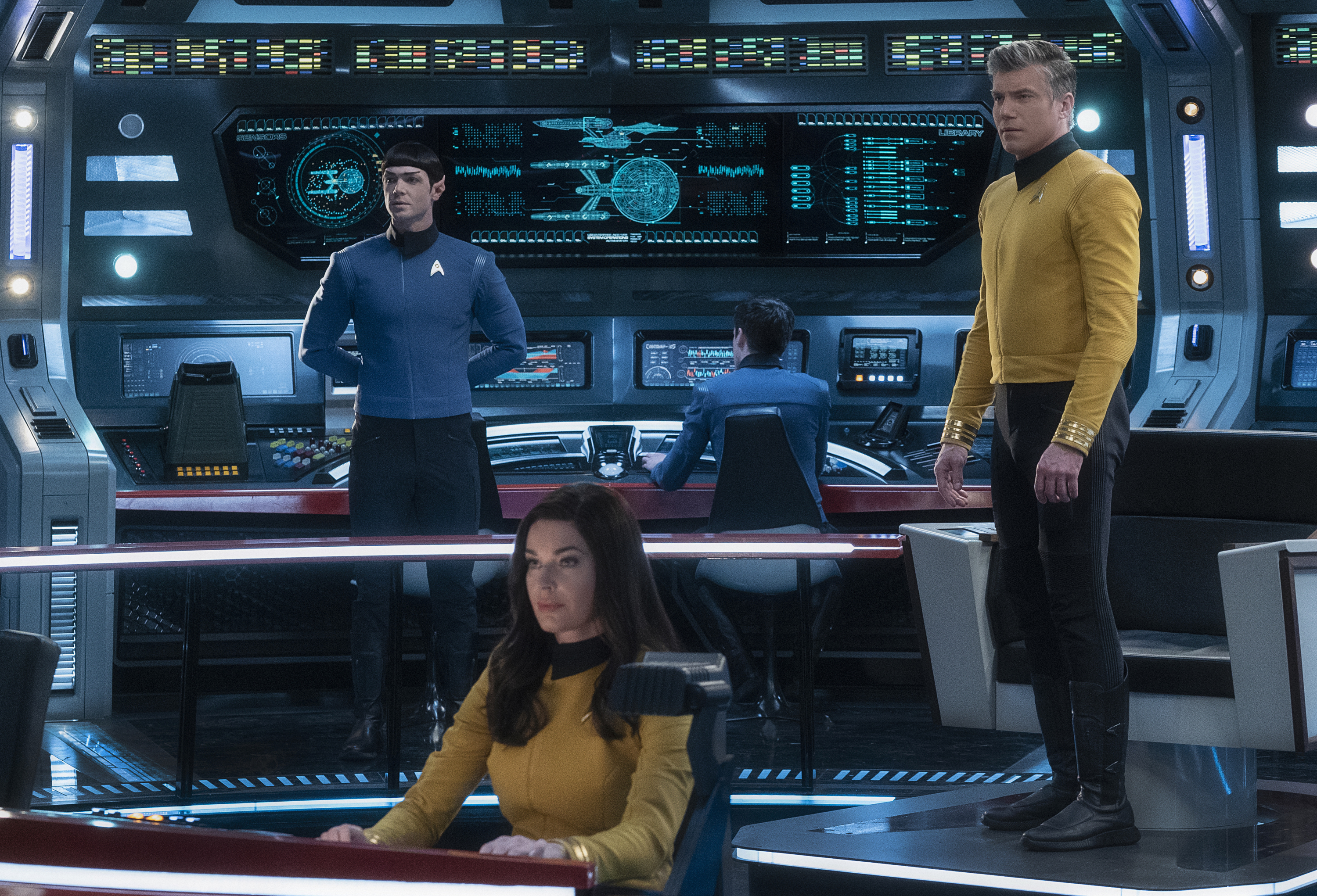 "Hit it!" Ethan Peck as Spock; Rebecca Romijn as Number One; Anson Mount as Captain Pike

Along with the big Strange New Worlds news, it was also announced that along with its return on February 10th, Star Trek Discovery has been renewed for a fifth season. The following month, on March 3rd, Star Trek Picard will premiere its second season. Speaking of the good captain, make sure you stay tuned to the pod next week from Thursday for a very special announcement surrounding this. In the meantime, you can follow our Twitter account for little hints beginning this Friday.

Finally, Star Trek Lower Decks will return this summer for its third season, and the crew of the Cerritos will continue to get up to no good with a fourth season renewal.

According to the good folks at Trek Core, there are 89 additional episodes of Star Trek planned to be released over the next two years. That's just wild...and a lot of boldly going.

We absolutely cannot wait. As always, we'll have reviews every Thursday LIVE on our Twitch channel. What series are you looking forward to most? Let us know in the comments!