Star Trek has long drawn inspiration from literature for its episodes, sometimes more obviously than others, and Strange New Worlds is no exception. From TOS's Macbeth-inspired "the Conscience of the King" to TNG's many literary holodeck adventures, some references are spelled out, and others are left for the audience to discover. For those familiar with the work of sci-fi legend Ursula K. Le Guin, this week's storyline may seem like a bit of Déjà vu.

Captain Pike and the Enterprise intervene to rescue a ship under attack and discover the occupants are an old friend of Pike's, Alora, and her curious companions: a doctor, Elder Gamal, and a child referred to only as The First Servant. Pike must get the First Servant down to their utopian planet so he can complete a ritual referred to as "ascension."

The plot thickens as it is discovered that their attackers were defectors from Majalas who were trying to kidnap the First Servant, and only too late does Pike find out the First Servant is a child who must be hooked up to an ancient machine that keeps the city from dropping into the lava-filled planet's surface. The boy is fated to be tortured as a living computer until all that is left of him is a husk, and another child is chosen to be First Servant.

It's a very heavy episode ending, and one that leaves a pit in your stomach, knowing this "perfect" planet with technological advances that eliminate all disease and suffering for those who live there is perched upon the abuse of one child.

Strange New Worlds' writers surely drew heavy inspiration from Ursula K. Le Guin's classic short story The Ones Who Walk Away from Omelas. I recognized it as soon as I started to figure out the plot twist. Le Guin's story is of an idyllic city celebrating a summer festival, a society that exists without sadness, war, conflict, hunger, or sickness. As the story goes on with descriptions of the beautiful festival and happy people, the reader discovers a dark secret – the utopian city exists because of the abuse of a single child, locked in a dark room, naked and afraid and deprived of any care or love. 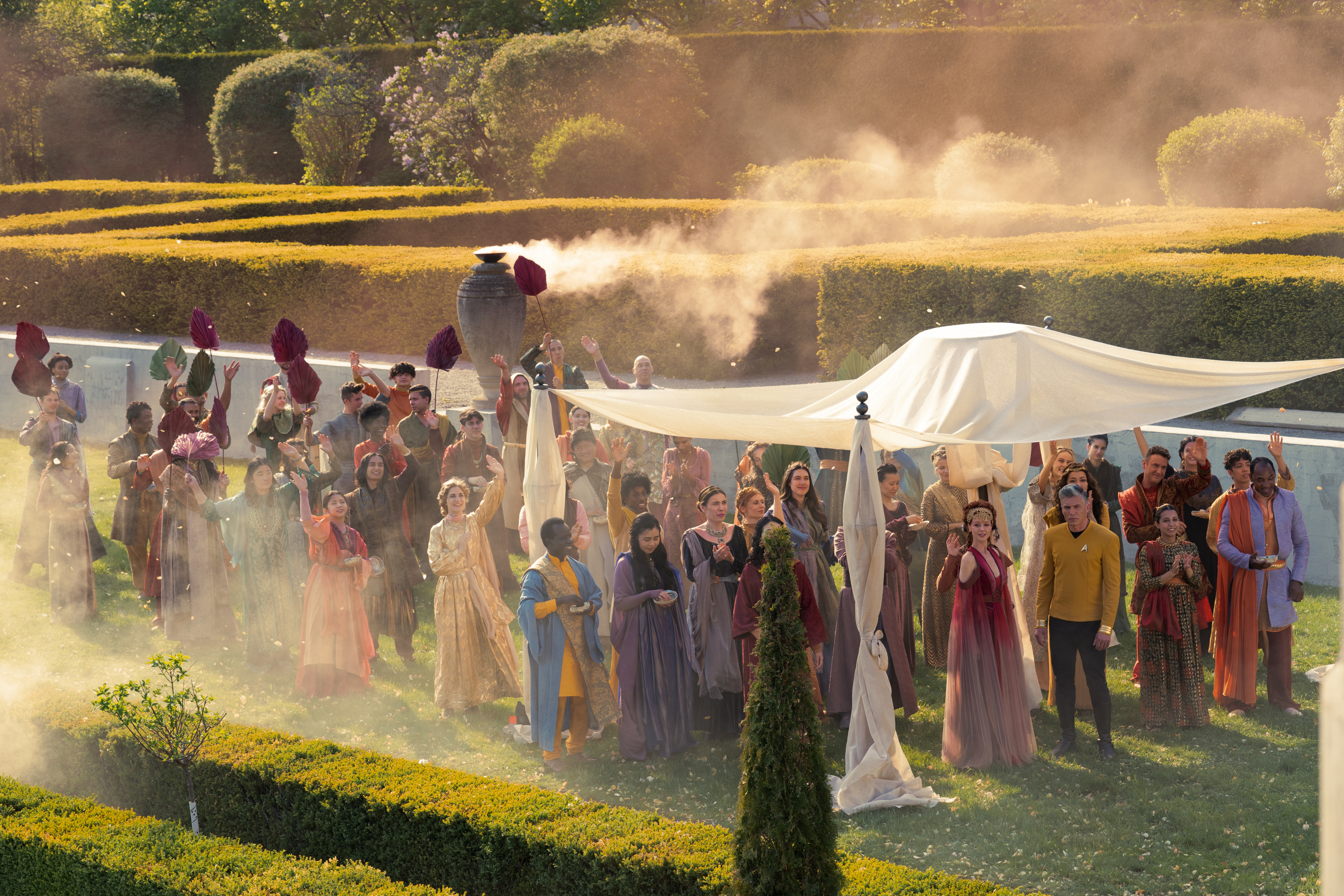 Just like the people of Majalas, the people of Omelas are not unaware of this child; they live their idyllic lives knowing that their happiness depends on this terrible abuse. Alora tries to explain to Pike after he finds out the truth, and he's horrified and leaves with the knowledge that he unknowingly aided and abetted this terrible crime.

And just like in Omelas, where people who cannot handle the guilt of living a perfect life while another suffers make the choice to leave their utopia, there are the ones who walk away from Majalas, including the doctor who tried desperately to save his son from a terrible fate. Strange New Worlds takes the inspiration a step further; what if those who walk away are trying to stop the ascension? Even though they fail, there is hope that maybe the next time there is a new First Servant, they will succeed in saving that child and ending the cycle of abuse. In a way, it leaves more room for hope than Le Guin's story.

Indeed, Ursula K. Le Guin wrote The Ones Who Walk Away from Omelas in 1973, but its theme resonates today, as the pandemic has forced us to grapple with the question, is it worth it to sacrifice the health and lives of a few so that the many can live a life without restrictions? And as the United States, reeling from yet another school massacre debates whether the lives of a few children are worth the unlimited right to bear arms. The episode certainly hits a little differently today than it would have even a few weeks ago.

The choice is not as black and white as it seems. As Alora explains to Pike...

"Can you honestly say that no child suffers for the benefit of your Federation? That no child lives in poverty or squalor while those who enjoy abundance look away? The only difference is we don't look away, because of that the suffering is borne on the back of only one. That's what makes it a sacred honor, that's why I choose our way."

The episodic format of Strange New Worlds has allowed the writers to explore stories that are heartwarming, tense, amusing, and bleak, and they have done a wonderful job of developing the crew of the Enterprise through these adventures. I hope this homage to a classic sci-fi story leads more readers to the wonderful work of Ursula K. Le Guin, who was a master of telling subversive stories about political and social issues through science fiction and fantasy.