Star Trek: The Motion Picture has always been the runt of the litter when it comes to Star Trek movies, right?

People have been saying the same things about the film since it first hit theaters in 1979: 'it's beautiful but so boring, 'the score is iconic, but there's not much substance.' And as the film has gotten older, Trekkies have warmed up to it as they, too, have gotten older.

Me? I've never actually had an issue with the film. My complaints about The Motion Picture are much the same as any Trek fan. The movie suffers from severe pacing issues and is more a showcase of the new technologies of the time than anything else. Even still, it's a fun watch, and I think at this point, we all know it's a gorgeous film, which was director Robert Wise's intention from the word go.

So when Paramount announced on Star Trek Day last year that Robert Wise's Director's Edition of the film would be getting a full 4K remaster and restoration, I was very excited. And when it was finally released back at the beginning of April, it was an immediate watch.

For the sake of this review, which is almost exclusively going to be on the technical side of the film, my first time watching The Motion Picture Director's Edition 4K remaster was on my home setup: an LG 55' C8 4k OLED with Dolby Vision. The C8 is an "affordable" television in LG's high-end OLED line as far as TVs go. Connected to it is a 5.1 channel Yamaha surround sound receiver. In other words, I have a home theater setup that makes me really happy.

With the technobabble out of the way, let me tell you, watching The Motion Picture on my home setup was a wonderful experience. Jerry Goldsmith's score boomed throughout my tv room, and the picture, especially those early shots within the Klingon cruisers, were as crisp and clean as ever. Five or so minutes into the film, give or take, you could immediately tell how much love and care David Fein and his team put into this project.

Jim Kirk's arrival at Starfleet Command has gotten a nice upgrade, with a more robust San Fransico skyline and updated Starfleet HQ buildings. And when the door of his tram opens up for the big reveal, it's one of the moments in the film that make you feel like you're watching it for the very first time.

Exterior shots of the Enterprise made me feel like a kid all over again, and much later in the film (it's a long one, folks), once inside V'Ger's massive structure? I was floored. With the amount of detail that you can see now, there were one or two moments where I audibly gasped when I noticed new things I had never caught in previous watches of TMP.

Of course, no remaster is ever perfect. There are scenes riddled throughout the film where Bob Wise wanted these weird closeup shots, and either to the left or the right of the character would be these big blurry blobs. While this sounds like a small detail, these shots seem to be a staple of Wise's directing style, and I hate to say that no matter the version of the film, the blurry blobs take me out of the moment every single time.

These weird, over the head shots are riddled throughout The Motion Picture

Possibly my biggest complaint when you're talking about a remaster is the scene where V'Ger's probe takes Lt. Ilia. I don't pretend to be an expert or film editor. Still, this scene remains grainy and blurry to a point where it looks like it belongs in a completely different movie, especially after such a meticulous remaster. Whether the film for this specific scene got lost and could not be remastered or for some other reason, the lack of any kind of update to this scene drives me mad.

This is the only scene in the entire movie where they must have lost the film, right?

Even with these two complaints, the 2022 finished product is beautiful. The experience of watching Start Trek The Motion Picture again, complete and "finished" as Robert Wise intended, really is something all Trek fans should sit down to watch at least once.

So it was then equally as exciting that a screening of the 4K remaster of TMP was being shown at Star Trek: Mission Chicago and that David Fein would be doing a Q&A session about the process of restoring The Motion Picture to its final form.

David was the highlight of that evening in Chicago. Hearing his passion for the project and the love and care that went into restoring Robert Wise's original vision of the film was special and enlightening. And I appreciated that he took the time after the movie had wrapped up that he took the time to sign and personalize The Motion Picture posters that were being handed out at the convention (which now is hung up over my computer).

But the screening itself maybe wasn't as executed as well as it could be, and this is where I started getting the feeling in the back of my mind that perhaps Star Trek: The Motion Picture was best watched at home on your couch. Watching a film like this in a convention hall where the lights can't be fully put out on a screen that still isn't as big as a cinema, I found it hard to detach myself from the convention hall and fully immerse myself in the film.

There's no better example of this than the blu-ray cutting out during the climax of the film, leading David Fein to rain down hell on the poor techs (understandably) and apologize profusely to the decent amount of attendees in the hall. About 10-15 minutes of Star Trek: The Motion Picture could not be watched.

Even after Chicago, I was excited to see the 4K remaster at my local theater, which happened this past Monday. I did have a couple of questions as I made my way there. Are AMC cinemas equipped with 4K projectors? What about the sound system if not in the designated "Dolby Cinema" auditorium? After doing some research, I confirmed that by the end of 2012, AMC had completed an upgrade to every single one of its theaters to Sony 4K digital projectors. So question answered there.

The sound quality? It's a movie theater; even without Dolby Cinema, the film sounded fantastic (though I still think it sounded better on my system at home).

Unfortunately, even after months of remastering, Star Trek: The Motion Picture still shows its age on the big screen. That's not to say the film doesn't look and sounds fantastic for most of its length, but seeing it in theaters also brings to light all of TMP's nasty bits. Of course, the blurry blobs previously mentioned are still there, but there are also moments that, in my mind, if you're going to do a remaster of this magnitude, and do some CG replacement, then fully commit to that.

Take the film's opening shot; a look at the massive storm cloud emanating from V'Ger. Interestingly enough, nothing has been changed. It's been cleaned up and digitized throughout the film. On television, this is just fine, but seeing this opening shot in the theater was not impressive. TMP's entire opening sequence with the Klingon battlecruisers gives you a great idea of what was able to be restored and remastered but is also a great example of the limitations still in place.

This is fine watching at home but in a theater? Doesn't scream big evil on the horizon

When you see the long shot of the Klingon ships flying into V'ger's cloud, the detailing on the cruisers is awful, and they also seem to have a black stroke around them that would blink in and blink out. Why not do a small CG replacement here, like in some of the other areas of the remaster? This is an issue throughout the film that I mainly noticed seeing The Motion Picture in theaters, but not so much at home.

This same stroke/blinking comes back in the observation lounge scene when Kirk, Spock, and Bones speak about V'Ger's motives and Spock's return to Enterprise. This scene was upgraded for the Director's Edition with a bigger window, and when Spock stands in front of it, he blinks a bit and also seems to have a stroke around him. With Bones, it's even worse. Pieces of his mouth and body seem to disappear. I don't know if I would have made this sacrifice to put in a larger window in the observation lounge. But that's just me.

Where did Bones' nose and mouth go? How is he talking?

Having said all this, the theater experience was still largely pleasant. It's the second time in the past few weeks that I've gotten to see Star Trek on the big screen, and it is something I rarely, if ever, pass up. While my critiques may seem a little harsh, David Fein and his team have done a fantastic job bringing Robert Wise's original vision for The Motion Picture back to life. And I think it's important to note that the Director's Edition was only a three-day limited run, truly meant to be enjoyed in the comfort of your own home.

Star Trek: The Motion Picture 4K Director's Edition is streaming now on Paramount Plus and will launch on Blu-ray and DVD this September. 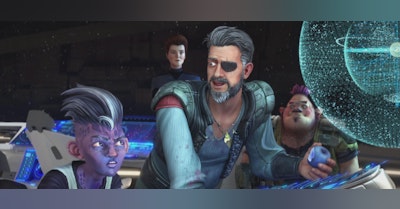 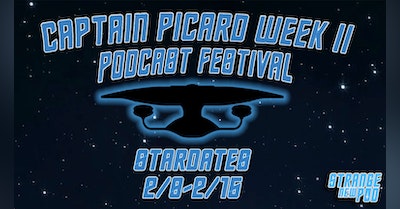