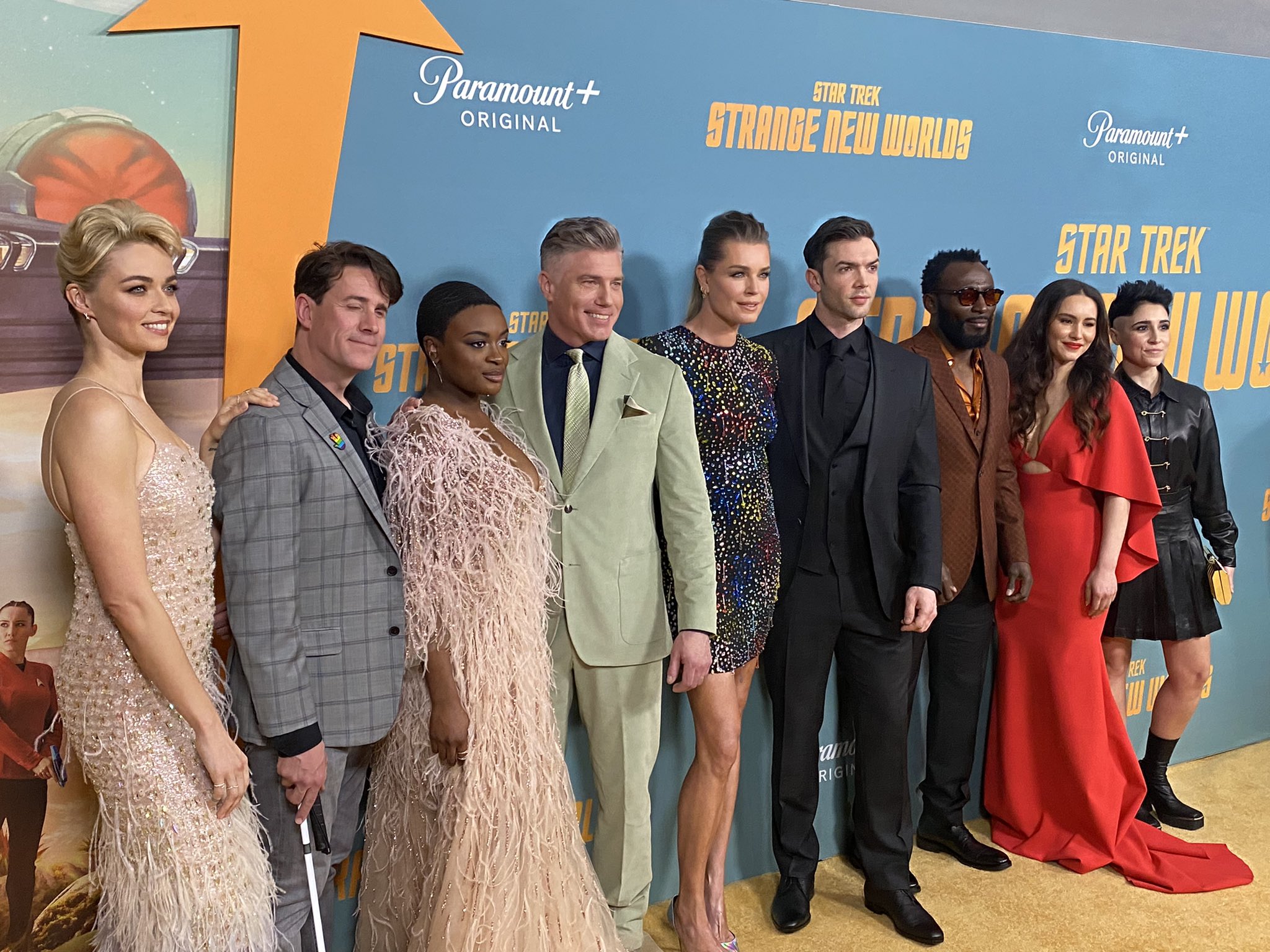 It was actually a gold carpet which turned out to be absolutely perfect.

On what ended up being a beautiful evening in New York City, the cast and crew of Star Trek Strange New Worlds arrived at the AMC theater at Lincoln Square via various forms of 21st-century transportation to celebrate the show's highly anticipated premiere this Thursday. There, a select amount of lucky fans, some decked out in full cosplay and makeup, others dressed to the nines, eagerly waited in line outside the theater to pick up their tickets for an opportunity to see the first two episodes of Strange New Worlds. 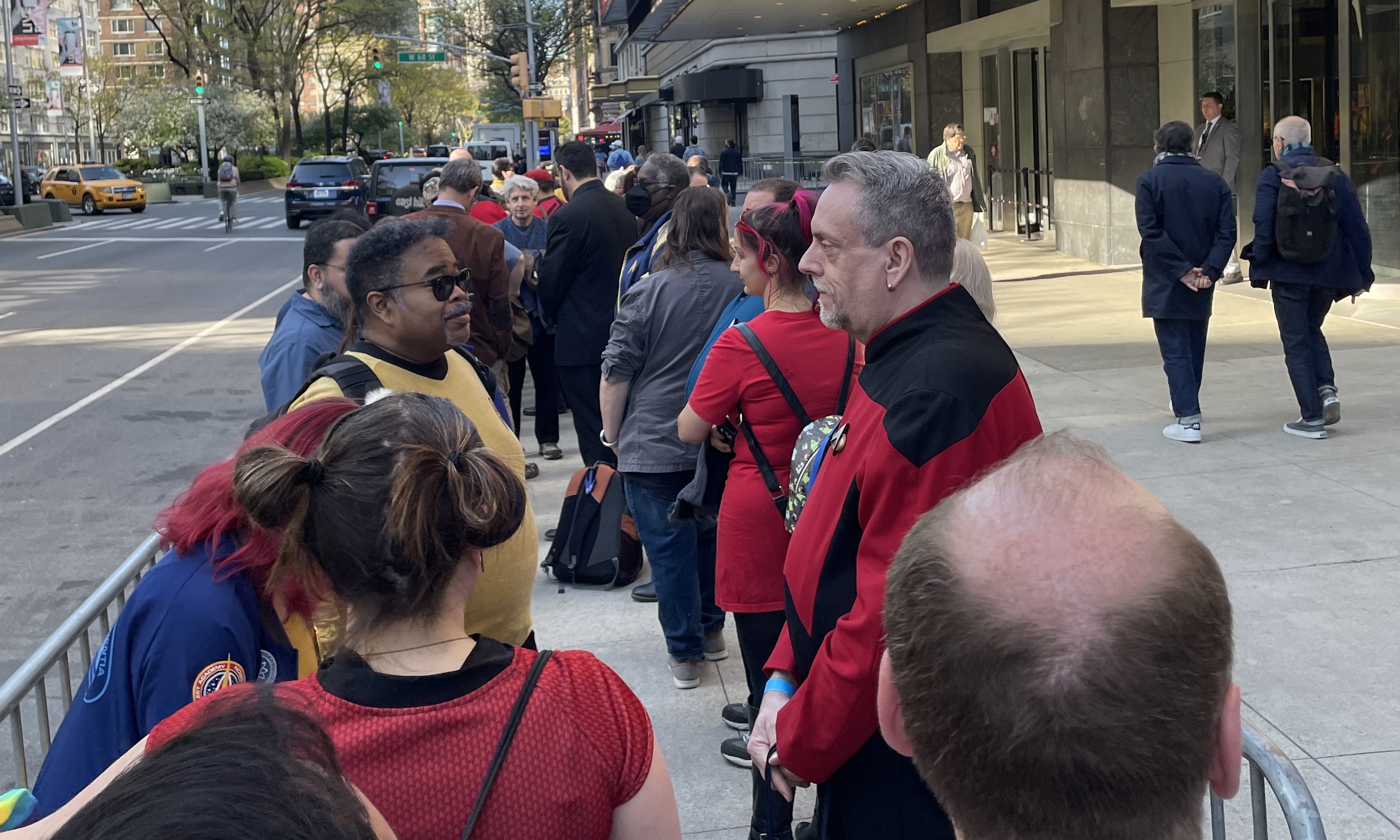 Much to the credit to the crew at Paramount, the entire premiere event was organized incredibly well. Check-in was seamless, and once inside, there were ushers and a variety of Paramount employees eager to help you figure out where to go. Before being seated for the premiere, those in attendance were treated to free popcorn and soft drinks (which also included icees), although concessions were also available if you needed some real food. Let me tell you; if you haven't had the brand new Impossible nuggets yet, you're not truly living.

And with any premiere, there was an opportunity for fans, cast, and crew to take pictures in front of the Strange New Worlds billboard. 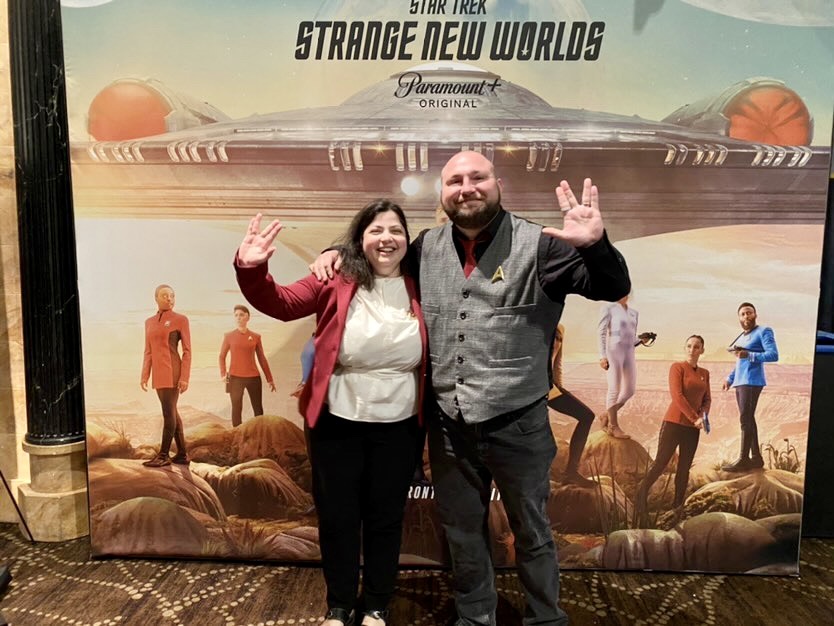 As soon as both theaters (One with cast, crew, and fans, the other what was seemingly overflow) were full, fans were asked to take their seats as the entire cast and crew of Strange New Worlds were brought in. Before the lights went out, Akiva Goldsman and Alex Kurtzman welcomed everyone and thanked the fans for their part in getting Strange New Worlds to see the light of day. Here's a little more of what Mr. Kurtzman had to say:

With that, there was only one thing left to do: dim the lights. Applause and cheers erupted, and for a little under two hours, everyone was one crew. One crew together as fans, getting to experience the return of live-action episodic Star Trek together. 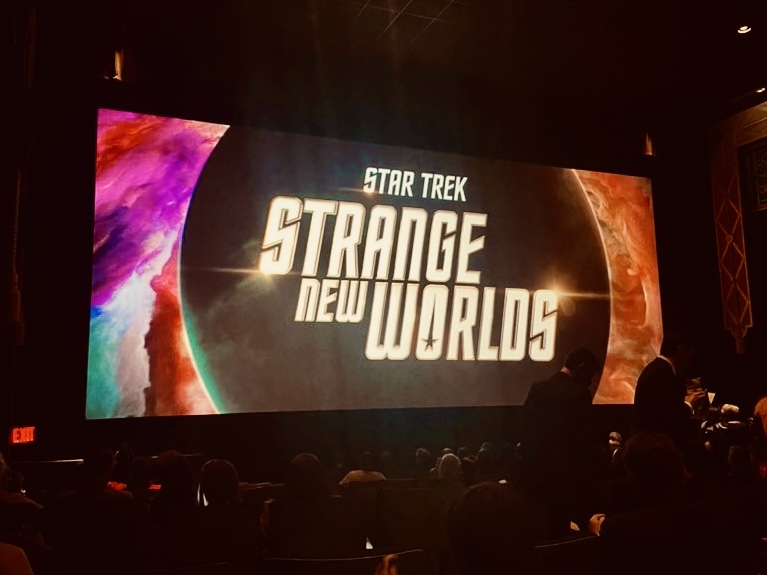 As Strange New Worlds' credits rolled and fans walked out of their respective theaters, there was an aura of excitement. Smiles, laughter; no one wanted to leave. Maybe this was for a chance at a selfie with one of the cast, or simply because they wanted to stay and share their experience with fellow Trek fans before heading to wherever home may be.

For me, it's an experience I won't forget anytime soon. Strange New Worlds is truly something special, and I can't wait to share more of my feelings on our show this Thursday. For a more personal take on what the show means to me, keep your subspace frequencies tuned to the Strange New Pod blog this Thursday at 9 AM ET. Then, head on over to Twitch at 9:30 PM ET for our live review show with special guest Jessie Gender as we break down the series premiere.

In the words of Captain Pike, let's "hit it."